The store will not work correctly in the case when cookies are disabled.

TW Suspension Tech has supported a number of riders during the 2015 season with their suspension tuning and set up to enable them to achieve their best.  Now the season has come to an end we are really proud to announce some excellent results:

Joe Lawrence of JDL Racing reports on his sucesses in his first year at Pre-National 600. It's a real pleasure working with Joe and and the JDL Racing team. We are really looking forward to the 2016 season.

"This year we competed in the Pre-National 600 Championship with Thundersport GB racing on National circuits around the UK. This was my first time racing on the big circuits and we had to learn each track on the race weekend. However we managed to finish the season in 11th position overall with 13 top 10 finishes and a best place finish of 6th.

This was a big learning curve for JDL Racing, as we had to pretty much learn every circuit on the race weekend and then race to our best abilities on a bike that is not as competitive as a lot of the bikes on the grid.  We learned how to work as a team in a professional paddock with limited funds which was a fantastic experience and a dream come true for me.  We had to miss one round at Snetterton due to funding but we managed to attend every other round.

Teut at TW Suspension-Tech made sure that not only our bike was set up at each circuit this year but he has played a huge part in making sure I was ready mentally for each practice, qualifying and race.

Thanks for a mega first season!!

We are over the moon to be continuing our racing with TW Suspension-Tech through to 2016 and lets hope its another successful one!! "If in doubt...Flat out!"

John Dieternam, racing his Team Baxi Yamaha YZF 750 in the 2015 Golden Era Superbike Championships, approached us in May, he was suffering with handling issues and problems with the suspension set up.  They previously tried a number of things to overcome the problems, but without success.

Mike Norbury who is only in his second years racing came to us early in the season with some handling issues.  Following some suspension tuning and set up works to his existing suspension units he went on to complete the season with our support at hand.

Mike finished the season and managed to win:

Regularly finishing in the top ten at most places he is progressiong quickly in his racing career.
He now has his National licence and is considering road racing next year.

Brendan Brown racing his Honda CBR1000R and RS125 in the Darley Moor Championships came to us early this year.  We fully serviced his Bitubo suspension and set up the bike providing him with technical set up and support throughout the season.

Brendan went on to win the:

2nd in the Peak Cup Championship, (Just missing out on the Championship behind Simon Bowyer) This was a great battle between the two riders and made for some great racing!

TW Suspension Tech would like to congratulate Brendan on his excellant results and we look forward to supporting him again throughout 2016.

We reviewed the problems John was experiencing and made a detailed analysis of his existing set up, we made some considerable changes to his suspension units and following completion of our Suspension Tuning together with contimued support throughout the season to get the best set up at each track John finished the season with:

This was an excellent result for Team Baxi Yamaha.  Well done John,  Its been a real pleasure working with you this season.

Roll on 2016, we look forward to supporting you again next year. 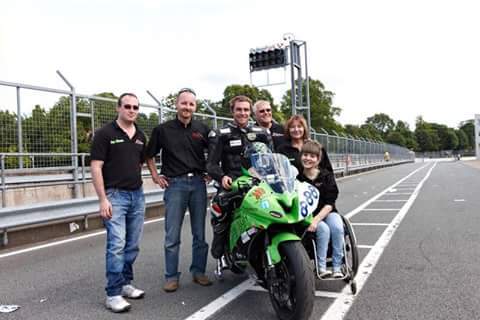